Warning: Parameter 2 to qtranxf_postsFilter() expected to be a reference, value given in /opt/lampp7/htdocs/demo/usana/wp-includes/class-wp-hook.php on line 286
 COENZYME Q10: HOW IT WORKS FOR YOUR HEALTH – U Buddy
Just another WordPress site

COENZYME Q10: HOW IT WORKS FOR YOUR HEALTH 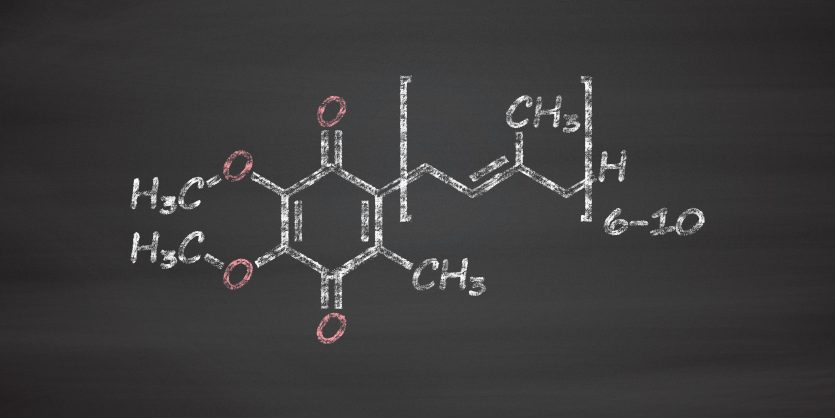 Your body doesn’t have to look very far to find Coenzyme Q10. It’s in almost every one of your cells. Maybe that’s why it belongs to a category of molecules called ubiquinones (ubiquitous meaning everywhere). This widespread distribution in your body also means CoQ10 benefits abound.

Q10 is important to prepare cellular reactions (that’s what a coenzyme does). It helps cells produce energy for growth and maintenance. CoQ10 also works as an antioxidant that protects you from the same energy-making process it’s also involved in.

But you can’t rely on your natural production forever. It falls off the older you get. So, Q10 is what’s called a conditionally essential nutrient—required under certain circumstances. In this case, age.

Maintaining optimal Coenzyme Q10 levels is important. Discover how CoQ10 works, how it benefits your health, and where you can find it in your diet.

Vitamin Q? Not Quite

CoQ10 doesn’t quite check off the final box. Vitamins are compounds that have to come from your diet or supplementation because you need them and can’t make them. Coenzyme Q10 is not quite an essential substance because your body can make quite a bit of it. At least for some of your life.

Age takes its toll on CoQ10 production. As you get older, your natural production of Coenzyme Q10 falls off. But your need for it never does. So, you could say that Q10 is conditionally essential—especially for older people and those dealing with specific health concerns. That makes it about as close to a vitamin as a non-vitamin can get.

The lack of a full vitamin designation doesn’t make it any less important for optimal health. Let’s look at some of the functions of CoQ10.

First—and this is a bit obvious given the name—CoQ10 works as a coenzyme. That’s how most vitamins work in your body. They help spark reactions in your cells. After all, your cells are basically just bags of chemical reactions. Coenzyme Q10—like it’s vitamin doppelgangers—assists important reactions that help your body run smoothly.

Coenzyme Q10 has the same solubility requirements as vitamin A, D, E, and K. All those compounds require fat for absorption into your body. This is because they all have tails hanging off of the key part of the molecule that look like fats themselves. This is where “Q10” part of the name comes from. This tail is 10 carbon atoms long in humans. In other mammals, for example, this tail is nine carbons long and takes the name Coenzyme Q9.

Q10 most closely resembles vitamin K. They have a similar molecular structure. And the both have the same core function to facilitate so-called redox reactions in your body. That means they donate and receive electrons. 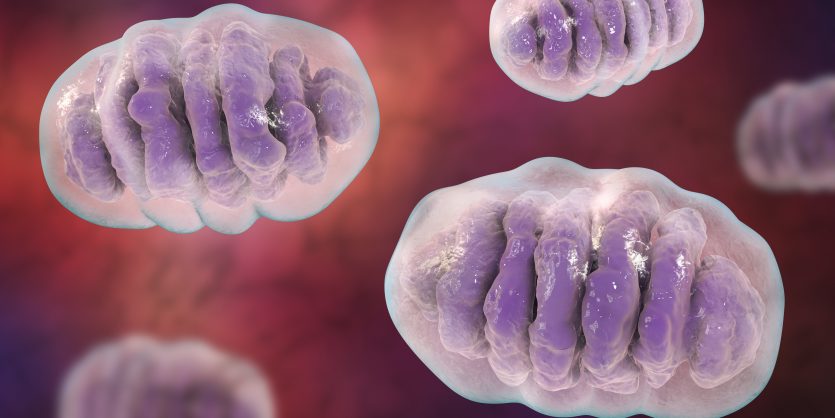 You’ve probably heard that mitochondria are the powerhouses within your body’s cells. That’s because they’re the site where ATP (adenosine triphosphate), your cells’ energy transporter, is generated. This is done through a process called the electron transport chain.

As the electrons are shuttled down the chain, protons are picked up along the way and passed through the mitochondrial membrane. This creates a charge gradient, or potential energy, to drive the enzyme that makes ATP. You can think of the charge gradient as being water behind a dam. As the water (protons) move through the dam (mitochondrial membrane) this potential energy is utilized to power the conversion of ADP, into your body’s cellular energy, ATP.

Let’s translate this into something more familiar. ATP is the energy your cells use to function, much like the gasoline you put into your car for it to run. Using this analogy, you could imagine that Coenzyme Q10 is similar to the pump that gets the gas into your car’s tank. While it’s not the fuel itself, it plays a major role in getting that fuel to your cells in a form they can utilize.

The fact that Coenzyme Q10 is a ubiquitous molecule found everywhere in your body is great news! Because it can operate as a powerful antioxidant. And almost by definition, any molecule in your body whose job it is to give and take electrons can also act like an antioxidant.

Extra CoQ10 in your body—those molecules not involved in energy production—is shuttled off to provide antioxidant protection in various membranes in your body.

It works like any other antioxidant to combat oxidation in your body. Coenzyme Q10 neutralizes free radicals by taking on electrons or giving them away. (Similar to its electron transporter role in energy production.) This helps balance these highly reactive byproducts of different processes.

Coenzyme Q10 is one of the important antioxidants that helps protect your cells and body structures. Making sure you have adequate levels of CoQ10 helps support a proper balance between free radicals and antioxidants (yep, your body actually needs some free radicals to remain in a healthy balance). This is especially important as you age, because both oxidative stress and oxidative damage is more common as the years stack up. And at the same time, your body produces less Coenzyme Q10.

Other Body Benefits of CoQ10

Q10 is found everywhere in your body, so it supports total body health, usually as an antioxidant. But it can be found in the highest concentration in some of your hardest working organs—the heart, liver, kidneys, and pancreas. These are also the organs that have the most metabolism and energy needs.

How to Increase CoenzymeQ10 in Your Diet

As mentioned before, your body loses its ability to hold onto optimal levels of CoQ10 as you age. Supplementation and strategic meal planning can help combat this decline. Consider the following ideas to increase the amount of Q10 in your diet, so your tank isn’t running on empty:

FROM A TO K: YOUR COMPLETE VITAMIN GUIDE

YOUR GUIDE TO ESSENTIAL MINERALS